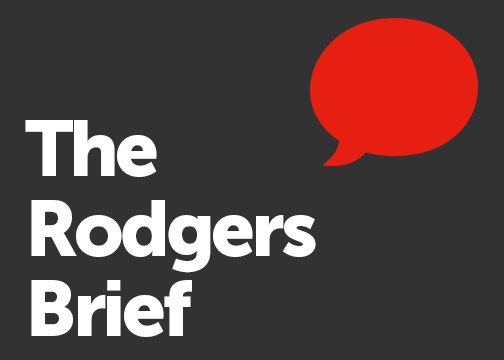 Already a subscriber? You can login here.

Adam Rodgers has been a ground breaking inquiry, litigation and criminal defense lawyer as well as a leading business and political advisor. 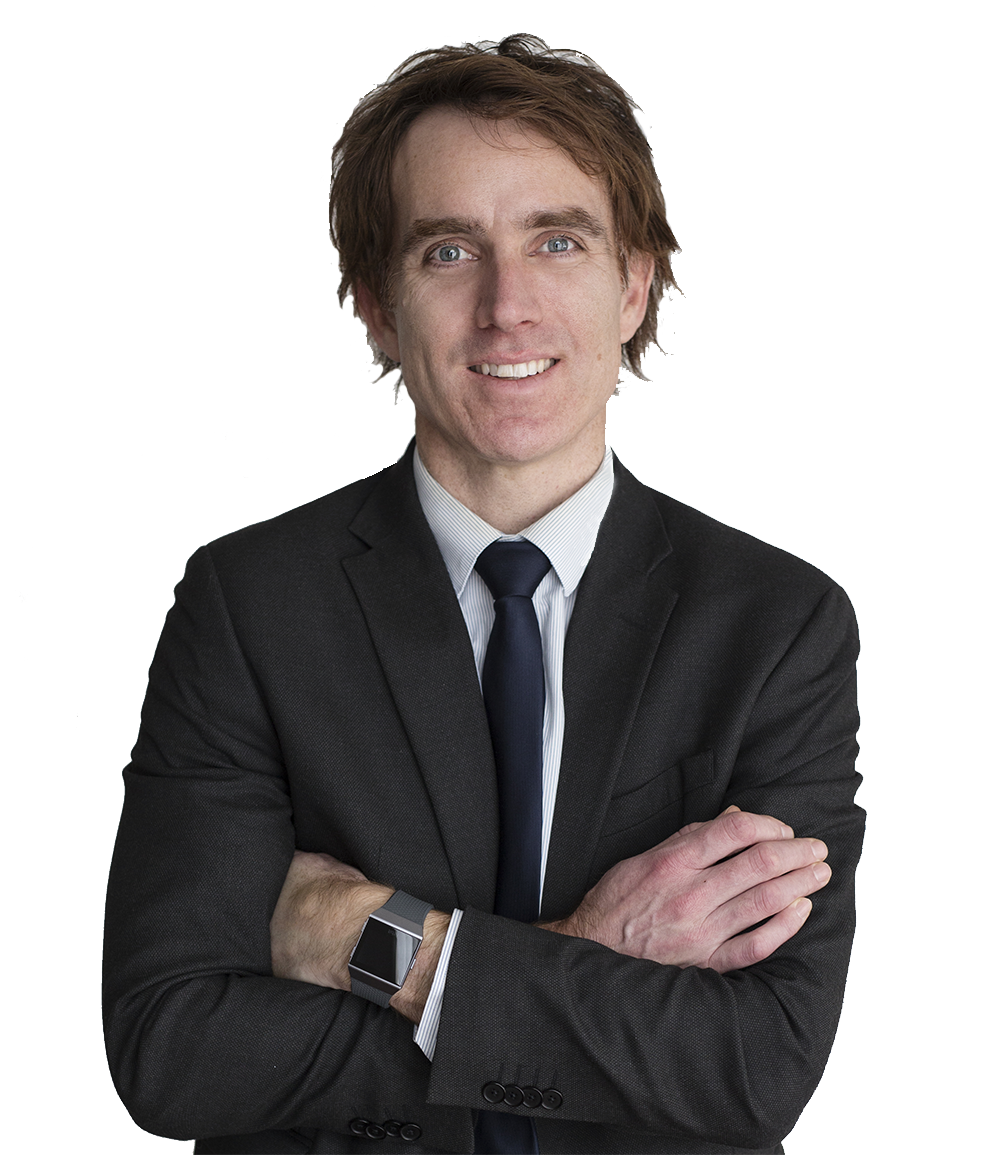 Much of the information that the public may be hoping to see examined during the Mass Casualty Commission hearings is already compiled and available, but is sealed by Court Order. The ongoing battle over the disclosure of this information can give us insight into potential serious difficulties with the upcoming Commission hearings.

When the police want to search any private property, they need to provide information to a Judge or Justice of the Peace that is sufficient to justify the search. This application document is called an Information to Obtain (ITO). The police are obligated to disclose all relevant information they have about the case when requesting the search, and the RCMP did just that when they applied for a warrant to search the various properties owned by Gabriel Wortman in the aftermath of the mass shootings.

While, by default, the public is entitled to know what information was submitted, there are exceptions. There is a concurrent process to the search warrant request that allows the police to request that the information be sealed from public view, and only disclosed upon a successful application to have it unsealed.

Such applications are typically made by a defendant seeking to claim that their Charter rights to be free from an unreasonable search may have been violated by the search warrant being granted, but may also be made by media organizations, as is the case with the Mass Casualty document.

Information in the ITO may be blacked out for several reasons. If it might compromise the identity of a confidential informant, compromise the nature and extent of an ongoing investigation, endanger a person engaged in “particular intelligence gathering techniques” (such as undercover work), prejudice the interests of an innocent person, or for “any other sufficient reason”, the Crown may justifiably opposing disclosure.

Though sometimes justifiable, these exceptions can be susceptible to overreach by the police if they have reasons to wish to keep information secret. In my experience, police officers vetting ITO’s tend to lean towards non-disclosure of information. Crown prosecutors have the ultimate responsibility to make the judgment call (subject to judicial oversight), but often seem to side with the police view.

The search warrants in this matter were granted on April 21, 2020, and the battle over disclosure of redacted portions has been ongoing nearly ever since. Multiple media organizations are involved, with multiple lawyers, and the resources dedicated to this have been significant, financially and otherwise.

With the number of parties involved and resources required, the Judge hearing the matter (who has been taken out of ‘regular’ circulation) has been using the Courtroom which was constructed for the Desmond Fatality Inquiry in Port Hawkesbury on days when the Inquiry is not sitting, as it allows for more than a dozen lawyers, with technology to incorporate others on a virtual basis.

Each court appearance involves thousands of dollars in legal fees for each Party, as briefs and affidavits need to be drafted and negotiations take place over what can be released. The judge needs to consider whether there are things going on in the investigation that need to be protected that are not obvious from the ITO itself. That also requires that some of the hearings be “in camera”, or secret from the applicants.

I have reviewed some of the ITO material and the resulting reporting. Much of what has been released during the ongoing process seems to be quite benign, such as names of people we already know from other sources, types of firearms the killer possessed, and locations and details of the geography of Portapique.

It is reasonable, therefore, to question why the RCMP and Crown are fighting this disclosure if it is going to become public just a few months anyway during the Commission hearings.

The bigger concern is that it may also be the case that if the RCMP is fighting disclosure now, they may continue to do so. If this is indicative of their approach to disclosure, it may be very difficult for the Commission to get the answers the victims’ families and the public are all seeking.

The drive along Hwy #2 to the excellent hiking trails of Cape Chignecto is not unlike many secondary NS coastal roads. Portapique is one of a line of communities that takes up a small area along that road. When you drive past the Portapique Beach Road, it seems clear that there were possible escape routes for the gunman through fields behind the houses adjacent to the main road. What did the initial police responders know about the specific area? Also, Truro is the closest large centre yet that is not where the police response originated. How did long-standing jurisdictional issues affect the timeliness and effectiveness of the response?

Knowing who is going to be suggesting witnesses, conducting cross examinations, and providing expert reports can give some insight into what can be expected during the Commission hearings. Expect to see vigorous advocacy from family members, who are well represented. Also key to watch will be the various police organizations, who all have a keen interest in the outcome. Though the Province has initiated a separate process, Adam suggests this Commission may be where the real police review takes place.

While a public inquiry, or Commission, has many features of a Supreme Court, it has limits in terms of making recommendations rather than orders. In some ways, an inquiry is a political vehicle as much as a legal one, and public engagement and pressure is essential to any success that may be achieved. Adam discusses those elements in this video.

What can the Nova Scotia Mass Casualty Actually Accomplish?

Adam Rodgers, who has practiced law in Nova Scotia for the past 6 years, including the past four years representing family members in the Desmond Fatality Inquiry, describes how he will bring insider coverage and analysis of the NS Mass Casualty Commission

The Mass Casualty Commission hearings start in a months time, yet we already know (or think we know) some, and perhaps even many, facts. How do we know what we know, and how reliable might those sources be? Why might there be dramatic new revaluations in the weeks prior to the hearings starting? Adam discusses these topics in his latest video.

Evolution of the Mass Casualty Inquiry

With my work representing the Personal Representative to the late Cpl. Lionel Desmond in the Desmond Fatality Inquiry coming to an end, I have an announcement on my next project. The Nova Scotia Mass Casualty Commission, which will examine the tragic events of April 18-19, 2020 in Portapique and other locations throughout Central Nova Scotia, is set to begin hearings on [...]

Much of the information that the public may be hoping to see examined during the Mass Casualty Commission hearings is already compiled and available, but is sealed by Court Order. The ongoing battle over the disclosure of this information can give us insight into potential serious difficulties with the upcoming Commission hearings. When the police want to search any private property, [...]

The Mass Casualty Commission has announced a four-month delay to the start of proceedings, citing the volume of disclosure and witness interviews as factors causing, or justifying, the delay. I believe there is more going on, and that it may indicate there are disputes happening that have not been made public. For months now, the Commission has established October 26, 2021 [...]

Knowing who is going to be taking part in the Mass Casualty Commission proceedings can give us important insight into what might unfold as those hearings begin later this month. The Commission has released a 22-page decision detailing who may participate, and to what degree each will be involved. The decision also includes funding recommendations for many of the individuals and [...]

What can the Mass Casualty Commission actually accomplish?

This week, in anticipation of hearings set to start on October 26th in Halifax, staff from the Mass Casualty Commission have been holding open houses near some of the communities most affected, including Debert, Truro, and Millbrook. A comment from Commission investigator, Barbara MacLean, in the CBC article on the open houses caught my attention, and may help us all understand [...]

Sources and Reliability of Pre-Inquiry Information

In this post, I want to talk to you about how we know what we already know, and how that may change (and perhaps dramatically change) as we approach the start of the Mass Casualty Commission hearings in a month’s time. The first part of the upcoming Inquiry is going to deal with the question of what happened. In other words, [...]

As difficult as it is to see such suffering in others, like many around the time of the tragedy and since, I felt compelled to read the articles and learn what I can about the community of Portapique and the people involved in the horrific killings. There is something deeply human about being a witness the sadness and pain, and to [...]

At his best, man is the noblest of all animals; separated from law and justice he is the worst.